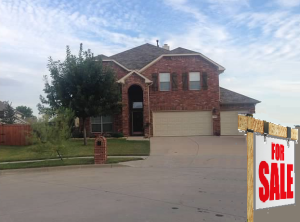 A while back I wrote a post called The Loss of a Dream Just Before Becoming a Reality, and I talked about something we had been praying for that slipped through our hands just days before being our reality.  One thing I didn’t mention was my purpose for writing the post and my purpose for not being specific in the dream or how it was “lost.”

I didn’t mention it because my husband and I were still waiting it out and didn’t want to hear any outside voices covering up the still, small voice of God. Never have I heard God speak to me regarding something and it end up being wrong. That just doesn’t happen. God is faithful and will always be true to his word. Months before writing my previous post, he placed this dream in front of me, and so clearly I heard him say, “This is yours. Claim it.” Over these past few months, I’ve had to repeatedly remind myself of this truth.

Never once did I question if things would work out for us because God said it would. He wouldn’t say it if it weren’t true, and that’s something I’m certain of.  My previous post was written because I didn’t know when, but I knew at some point I would get to write the one I’m writing today.  Even better is that most of this is being written more than a week before it will actually be posted. Although I was still certain the day would come, I felt we might not be quite finished with the “interesting” ride we’ve been taken on for the past few months, and we’ve come to learn that a scheduled date means absolutely nothing on this particular ride.

Earlier this summer, my husband and I were planning on building a new home for our family because our rental just isn’t large enough for a family of 6, and we wanted something to call our own. We had already made the plans, chosen the lot, and put money down for this home, but somehow things kept happening to where we couldn’t meet the builder to actually sign the contract. I became uneasy about everything. Without realizing my husband was feeling these same things, I silently started praying and questioning if maybe we were wanting more than what we actually needed in this big, beautiful, perfect home we were going to build.

It was around midnight the night before we were supposed to meet the builder to sign the contract, and I decided to look through established homes for sale . . . just to see. It was immediate.  All I saw was a picture of the front of the house, and I heard, “That’s yours.”  The details had a description of exactly what we needed, which was quite a bit less than what we were going to build. The pictures of the inside were beautiful. I couldn’t tell much about the yard, which had been a big deal for us, but I didn’t care. It truly seemed perfect. I sent an email to my husband with the subject, “I want to look at this house tomorrow!”

We walked in and knew it was the house, and I can’t go on enough about the yard that’s probably twice the size of the lot we were planning to build on. We started the process by putting down an offer, and we cancelled everything with the builder of the home we had been designing.

Everything went so smoothly with this process, but in a few short days of closing, something bizarre happened . . . and then something else . . .  and then something else. There were more unexplainable things and missing pieces that had everyone involved in this process scratching their heads and scrambling to find answers. It finally came down to needing one piece of paper from an organization who never got the request because their servers had been down for the week and were still not back up by the contract deadline. Therefore, we were at a point where we had to back out of the contract or risk losing our earnest money. After backing out, we were broken hearted, but there was no doubt God’s hand was controlling the situation. There simply was no other explanation. We just didn’t know why things were happening the way they were.

So I wrote about losing the dream that was about to be a reality, but I also know my God, and I know his perspective is far greater than ours. I knew he was either protecting us from something or building our faith.

They may be forgotten, ignored, or asleep, but they are never lost.

For two weeks after backing out of the contract, we did nothing regarding the house, so we were surprised to get a call that everything was “good to go”, and we could proceed. The new problem? The seller of the home decided not to sell anymore and had taken this perfect home off the market just 2 days prior. Where our lender and realtor saw that as a disappointing moment, my first thought was, “That means no one else will be looking at that house!”

After a couple of weeks of talking back and forth with the homeowners, we entered into a new contract on the very same house! 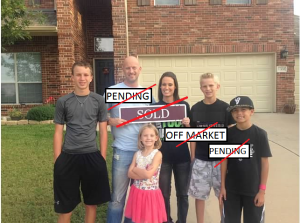 We still haven’t talked about it because we didn’t want any outside voices disrupting the peace in our minds during the chaos surrounding us. We wanted to continue praying and fasting and trusting that this house would be ours. We haven’t stressed about it, and we haven’t spent our days dwelling on whether or not it would all work out this time around. We just let God do his thing.

Last Tuesday night before going to bed, I said to my husband, “Tomorrow is the day.”

He had no idea what I was talking about, and I told him that I felt like we would hear something the next day that would let us know for certain if this was going to happen or not.  Sure enough. We got word before lunch time.

That’s when I started writing this because Tuesday, October 6, was scheduled to be our closing day. I’ve found little things like closing dates mean nothing when God is working.

Today is October 7, and truly there have been several more things come up since that call on Wednesday. So many things were trying to make this not happen, but we didn’t stress.  We kept saying, “God’s got this.”

We closed yesterday evening! We now own this home, the one God told me was ours back in July, the one our entire family has been praying for even through the times where there truly appeared to be no hope. But our hope is in God, and with him there is nothing that is impossible.

It wasn’t until my daddy’s funeral a few weeks ago that I realized we were originally scheduled to move into that house just a few days later. Had everything worked out as planned, I would have had a lot of added stress of packing, cleaning, and moving during the week we had been at the hospital with him and on through the day of his funeral. I can’t say that’s the sole reason everything happened the way it did, but I do believe part of that was to protect me during that time, and I’m so thankful.

I can’t stress enough how it is so much easier to walk through difficult circumstances with God who continually surrounds us in peace than it is to walk alone and full of worry and panic when even the most absurd things are thrown at you in an attempt to stop you in your tracks.

Prov. 3:5-6 It’s not about what’s logical or what we can understand. It’s about having faith and trusting the things unseen.

**Special thanks to one of our newest neighbors, our most wonderful and friendly realtor, Jonathan Moon, at Berkshire Hathaway Worldwide

and our incredible lender, Selena Cain, at Benchmark Financial Services

No way could we have gotten to where we are without you both.**