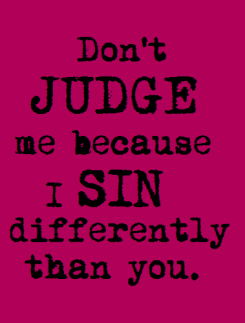 The media has been swarming for years over this topic, and with each passing year we see even more angry religious people, angry atheists, angry people of various sexual orientations, angry people of various races, and just plain angry people in general.  Why is everyone so angry?  They’re angry because their beliefs are being challenged.  This post has nothing to do with me telling you what I think you should believe.  This has everything to do with you understanding WHY you believe what you do.

I grew up being told I should never question my faith.  What we believed was right, and it was the only correct biblical foundation.  That way of thinking never worked for me, and I was labeled rebellious–one who doesn’t like authority.  Even into adulthood I was made to feel the same  in some situations, and I prayed to not be that way.  In college I began questioning everything I believed, but I did it quietly out of fear of being told I was doing wrong.  I didn’t question because I didn’t believe.  I questioned because I didn’t know why I believed it.  It had nothing to do with rebellion or authority.  It was because I knew my foundation was not firm.  It could easily be shaken with just one confident person challenging me.

Have you seen someone get so defensive when their faith is challenged or when someone doesn’t believe the way they do?  It’s because they’re foundation isn’t firm.  If your firm in what you believe and know why you believe it, then it shouldn’t matter when someone comes at you challenging those beliefs.  You know how to back them up, and you don’t have to bring out the claws to prove your point.  You don’t even have to prove your point!  It’s absolutely possible to have a great conversation while debating your beliefs with people who disagree.  It can actually be fun and not turn into a heated conversation!

Yesterday I asked if I could Shake Your Foundation .  You know what you believe, but is it biblical?  Can you back it up with God’s Word?  There’s a controversy not only between Christians and non-Christians.  This controversy lies even within those belonging to the same church.

The controversy is whether or not one sin is worse than another.  Is her sin worse than his?  Is yours worse than mine?  Is mine worse than hers?  If I sin a certain way, do I automatically go to Hell?  Does God punish one sin differently than another?

What is Your Belief and Why?

I want to hear from my readers on this topic in order to help me with an upcoming post.  I want to hear your belief, so please comment here, and share with your friends.  The more input I receive the better.  Make sure when you comment that you include the following:

1. What is your belief?
2. Why do you believe this way, and back it up with scripture.

I would prefer that you please DO NOT “correct” someone else’s belief or tell them why you think they’re wrong (even if you try to include scriptural references).  They have a right to believe what they do just as you have that right.  That is not the purpose of this post or this  research.
***** THIS IS NOT A TIME OR PLACE TO BASH ANYONE’S BELIEFS, AND UNDERSTAND YOUR COMMENT WILL BE REMOVED IF YOU DO SO. ******

One thought on “Do You Question Your Faith? You Should!”

© Fearfully Made Ministries, LLC 2011. Unauthorized use and/or duplication of this material without express and written permission from this website’s author/owner is strictly prohibited. Excerpts and links may be used, provided that full and clear credit is given to Misty Gatlin and/or Fearfully Made Ministries, LLC with appropriate and specific direction to the original content.
Loading Comments...
Comment
×
%d bloggers like this: